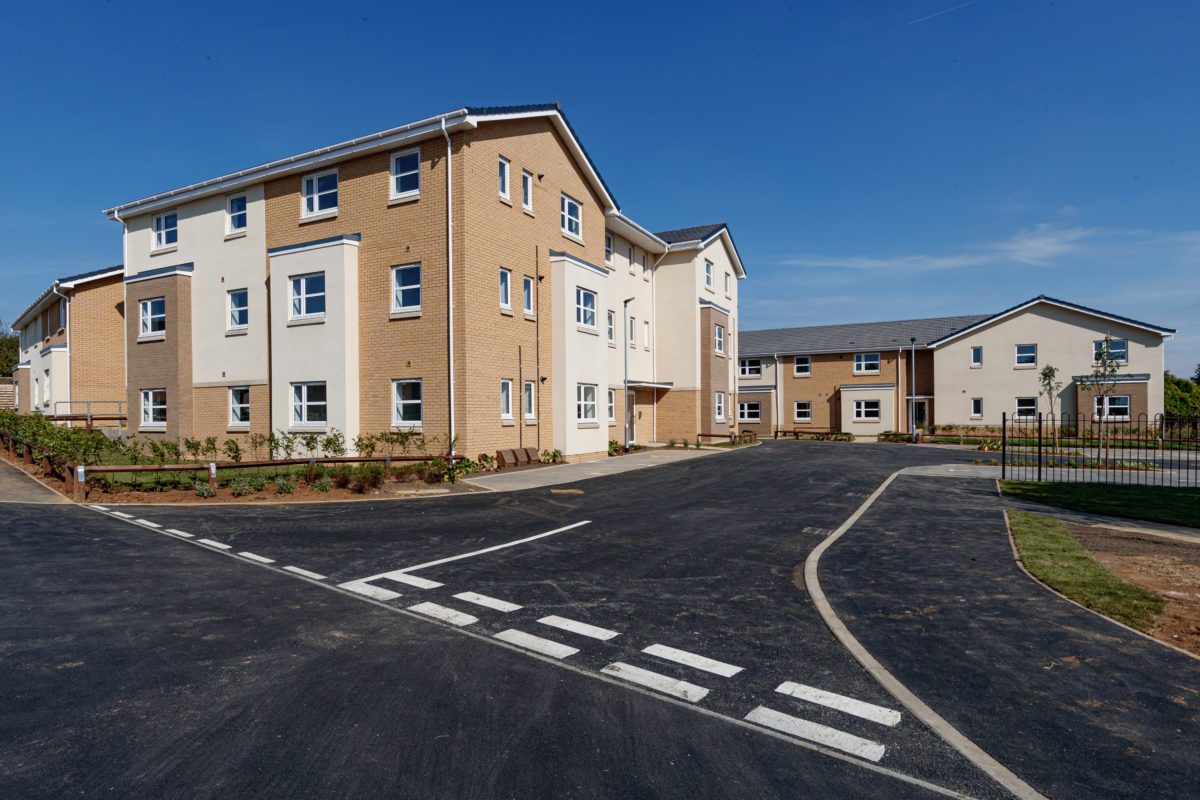 Families move into new build homes in Wellingborough on site which has been derelict for years.

Work on 23 new build flats, which are a mixture of one and two bed homes, have been completed in a bid to help tackle the housing crisis.

Solomon Place, located on Lea Way in Wellingborough, used to be the location of shops, takeaways and a launderette before being derelict for a number of years. The site, which has benefitted from Homes England funding, was previously owned by the Borough Council of Wellingborough before we purchased the site in 2017.

The 23 flats are split into two different tenures – 12 for affordable rent and 11 for Rent To Buy, a scheme designed to help people transition from renting to buying their own home.

Research from the National Housing Federation earlier this week shows that 8.4 million people across England are directly affected by the housing crisis and waiting for a home, with 1.6 million of those being from the Midlands.

Jo Savage, Chief Executive of Greatwell Homes, said: “This new research from the National Housing Federation shows that the housing need within England is still very much in crisis. We are committed to developing a diverse range of new homes and offer a range of different tenures to help support those 1.6 million people in the Midlands who are waiting for a suitable home.

“New homes such as these, and others that we are currently developing across Northamptonshire, play a part in tackling the housing crisis and offers those in need a sense of security.”

The homes were built by Peterborough-based construction company Lindum Group.

Lindum quantity surveyor Martin Hall said it had been a really successful project.

“The homes were delivered on time and the development is a vast improvement on what was here previously,” he said.

“It was great to have some of the local residents at the official opening and to hear feedback from them. They were very complimentary about how our site manager Paul Coleman ran the project and they were really happy to see this area brought back to life in this way.

“This was Lindum’s first partnership with Greatwell Homes and we developed a very successful working relationship, which I hope will lead to more work in future.”

To celebrate the site’s opening, we held an opening ceremony on 20th September 2019, which was attended by members of developers Lindum Group, the Borough Council of Wellingborough and the Mayor, Cllr Jo Beirne. Surrounding neighbours of the site also had an exclusive first look of the flats.

Leader of the Borough Council of Wellingborough, Cllr Martin Griffiths, who is the ward councillor for Brickhill where the site resides, said: “Over the years this area has sadly become a target for anti-social activity and the derelict appearance of the site completely upsets the street scene of an otherwise attractive and very popular residential area of our town.

“We have faced a number of challenges to bring this previously disused site forward for development, including a compulsory purchase order, however, we are delighted to see how this area has transformed.

“We are pleased to open the development and welcome residents to Solomon Place.”