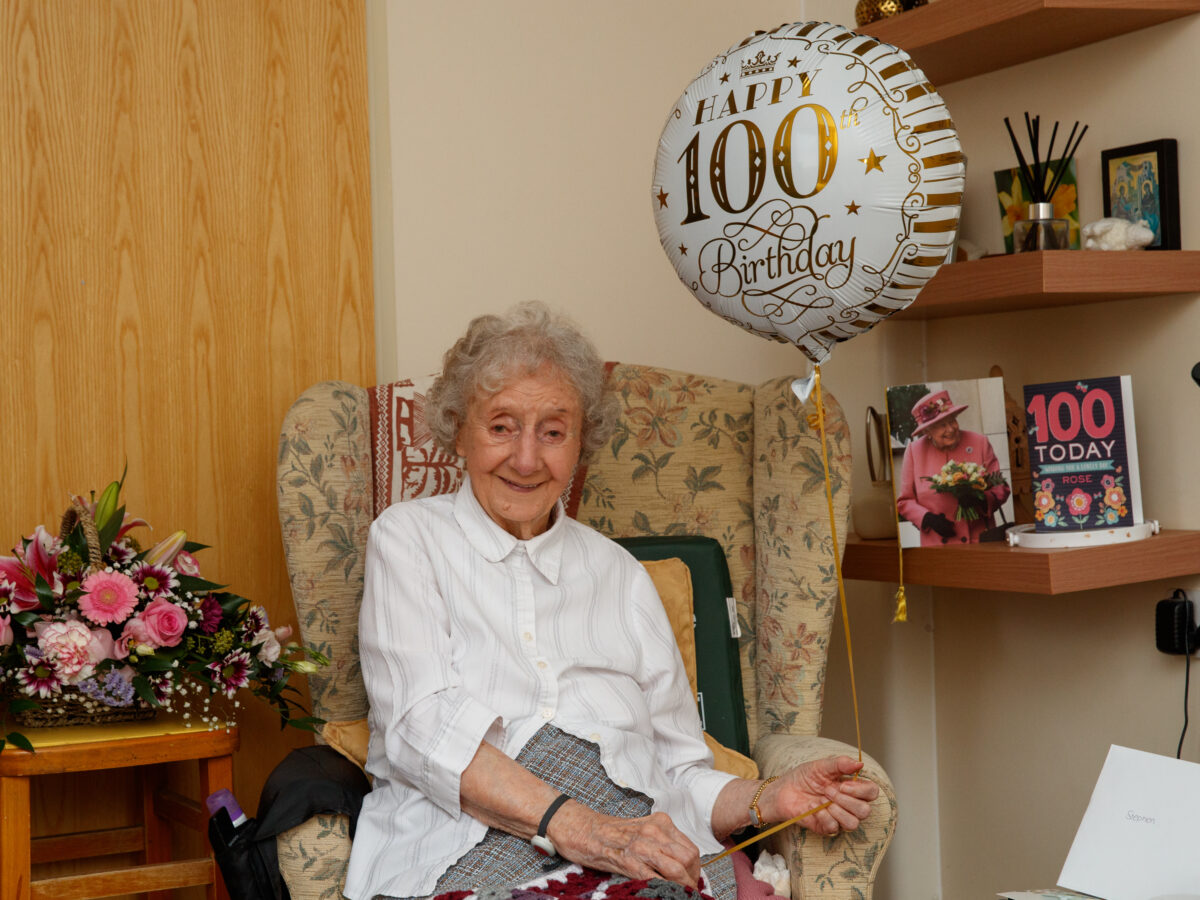 On 23rd September 2020, Rosetta Lester celebrated her 100th birthday in her home in Barringers Court, Irchester, where she worked as a Warden 46 years previously.

The Independent Living Scheme, Barringers Court was built in 1974 and Rose started working there the year after for five years. It was then refurbished in 2011, the year that Rose moved in as a resident and has lived there since.

Rose said: “I was living on my own in Irchester when I had a fall and had to go to hospital. This was after my husband had died and my niece and nephew didn’t want me to stay in that bungalow anymore. I said ‘yes I am and I am going to be alright’. Anyway, they prevailed, and then I moved here”.

When asked what she had planned for her birthday, she said: “My niece and nephew are coming up for lunch and they’re then taking me out to the Italian restaurant in Rushden this afternoon so that will be nice. I am also attending the church this afternoon aa I always put flowers in the church for my husband’s anniversary”.

Upon arrival to St Katharine’s Church in Irchester, she was surprised by family and friends where a small service was put on by the Vicar to celebrate her 100th birthday. She also received a birthday message from the Mayor of Wellingborough, as well as receiving a card from the Queen in the post earlier that day.